Dr. Nathan and Mrs. Elmira Buck, Vermont natives, built this house and resided here until 1867. The 11-room house is stone with a flat roof and a tall cupola. The front of the house has doors with sidelights on both stories. The 7-foot tall windows apparently once led out to that 2-story verandah that has been gone for almost 100 years. The interior stairway extends from the basement to the cupola. In 1867 Dr Buck sold the house to William Spaulding and there have been many owners over the next 100 years. John Stevens purchased the house next then Mr and Mrs Hiram Curtis. Joseph Lacomb and his twin sons resided here next followed by Mrs Lillian Sprague and son Donald. Leslye Baxter bought it in 1942. He lowered the ceilings and removed the remainder of the front porch. In 1950 the front entrance was a 3-sided, bracketed enclosed porch. From 1961 to 1975 the home stood abandoned and vandals & nature took their toll. That is when Carlton Stickley bought it and began restoration. It was added to the Historic Register in 1982. 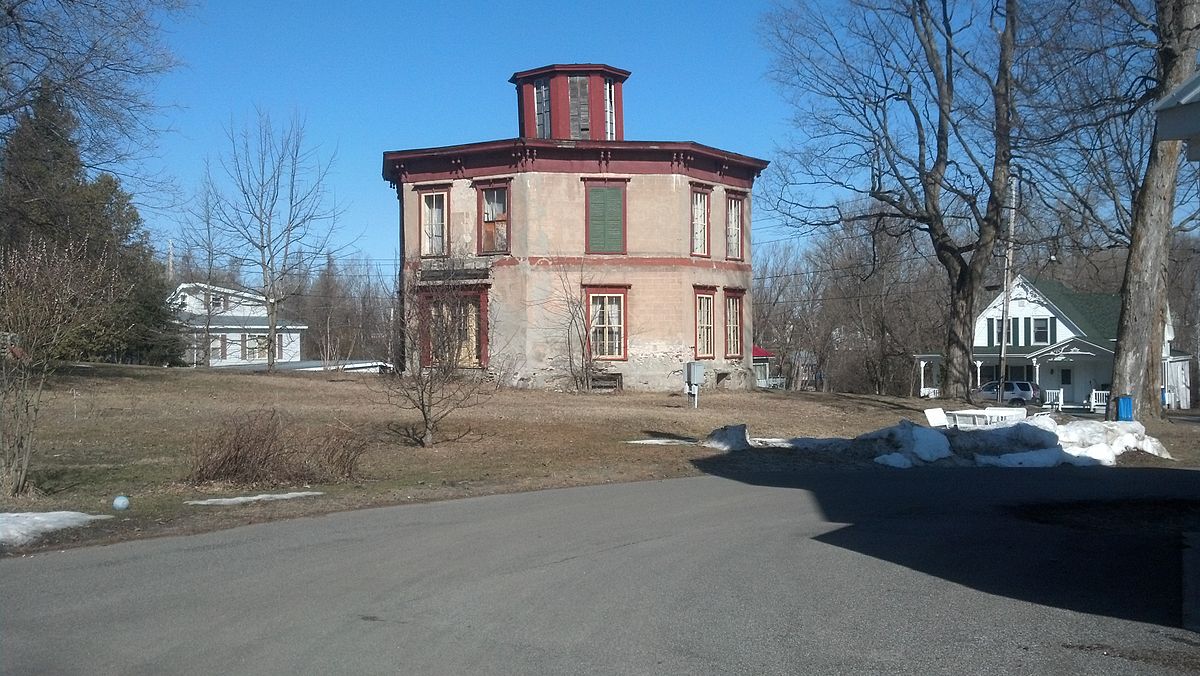